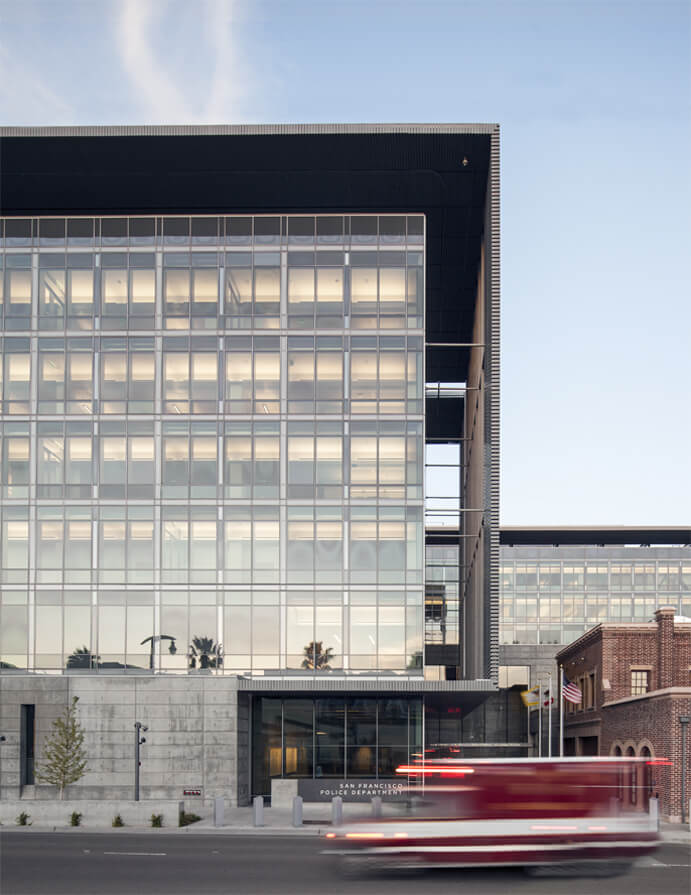 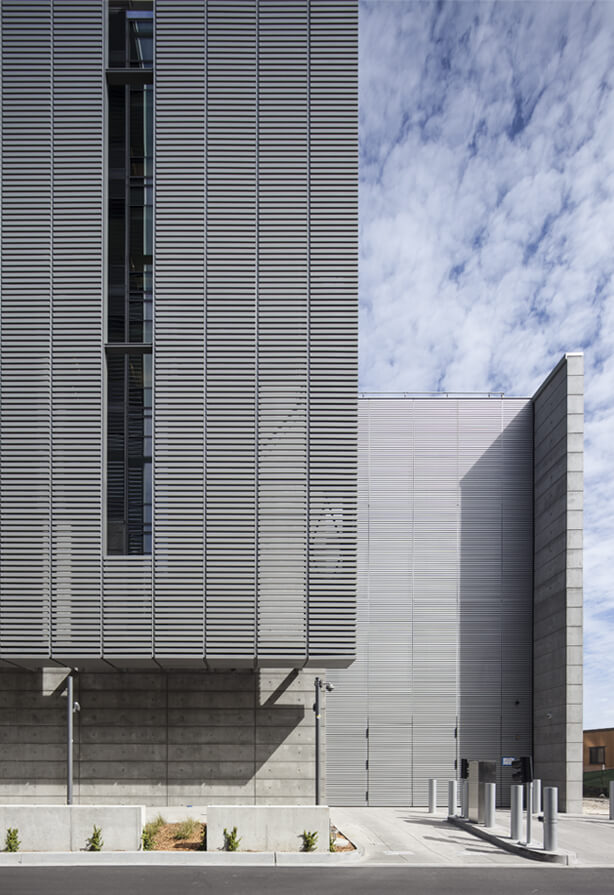 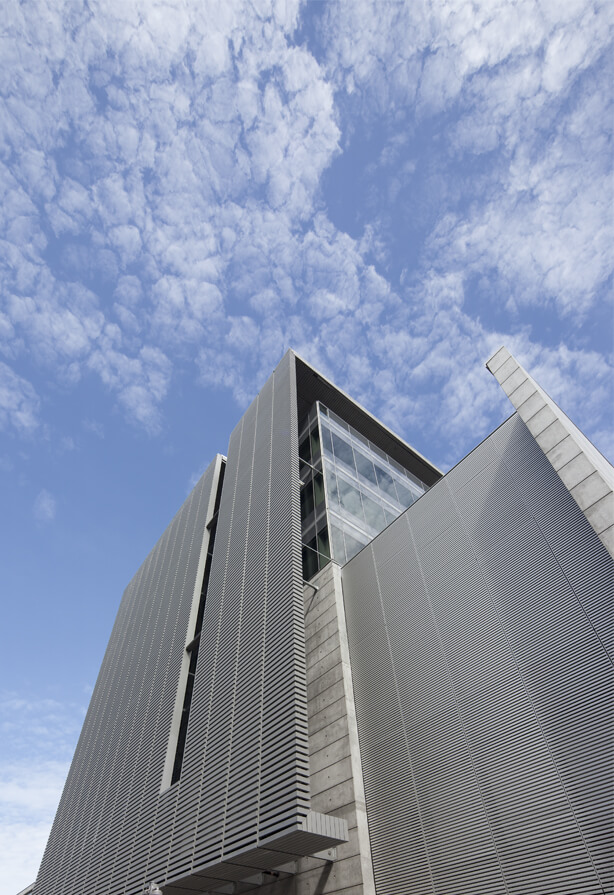 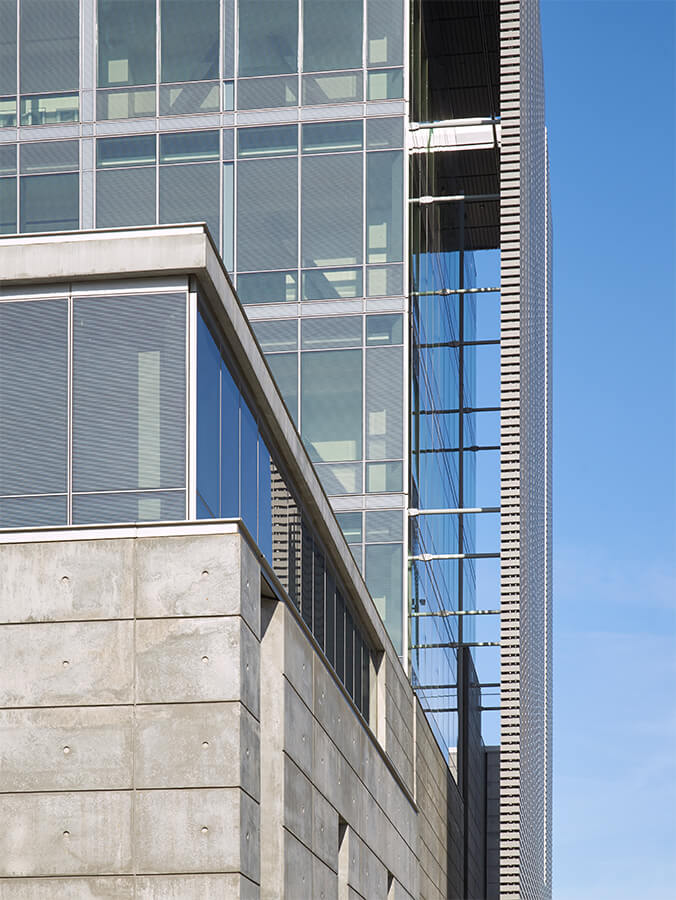 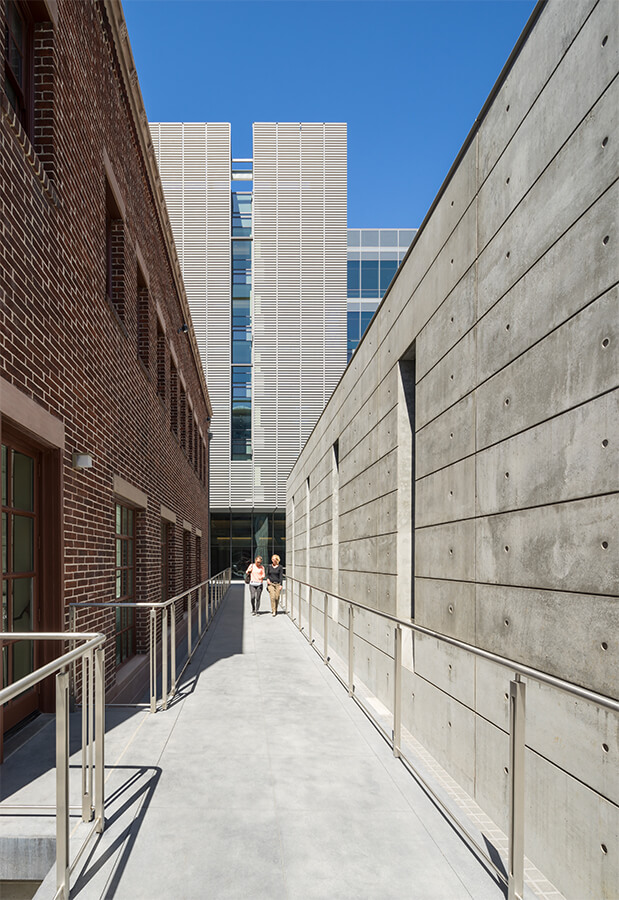 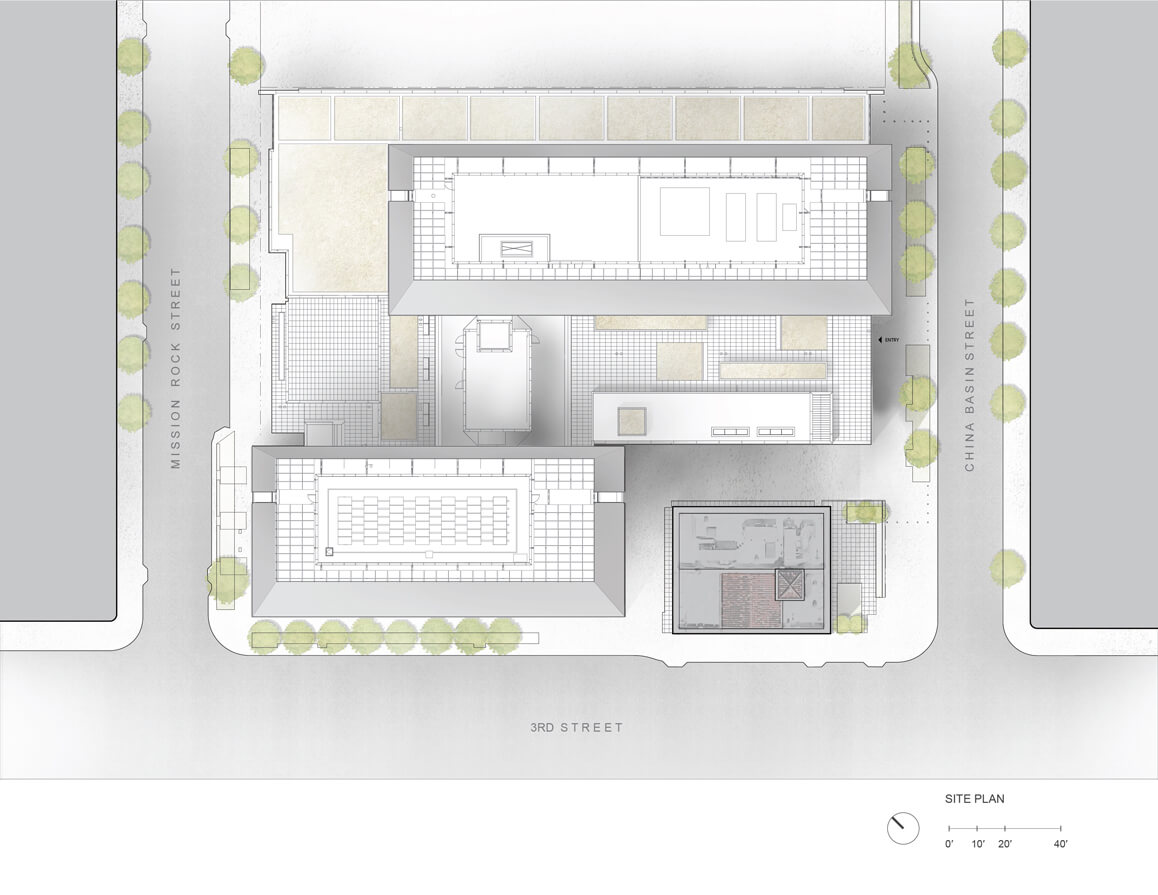 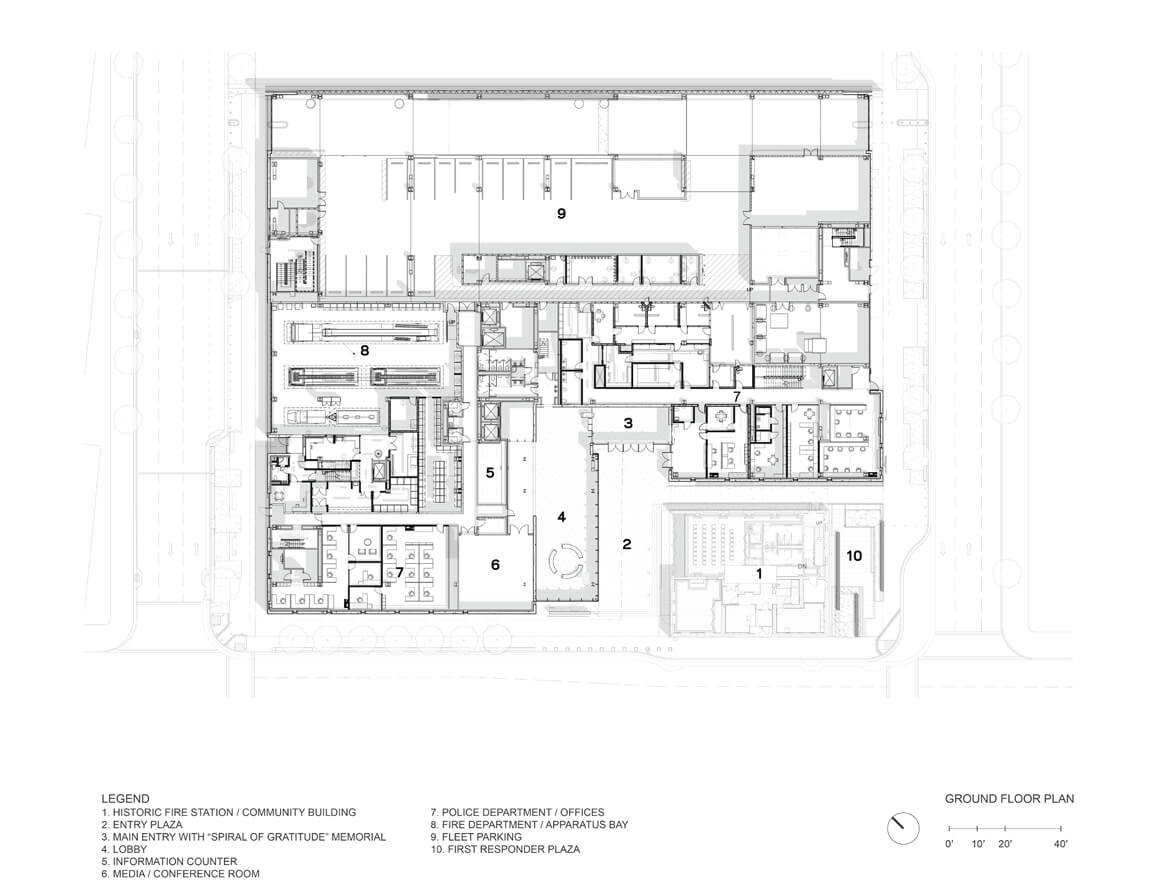 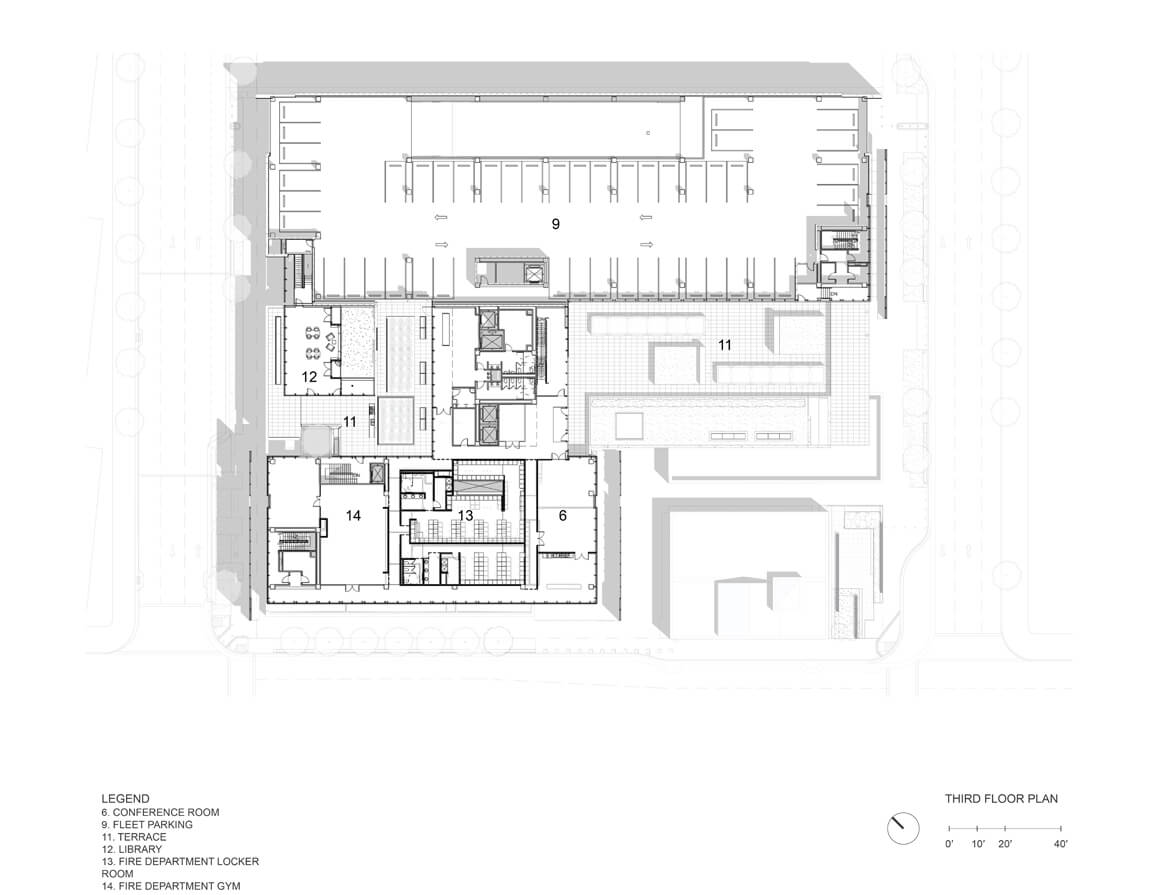 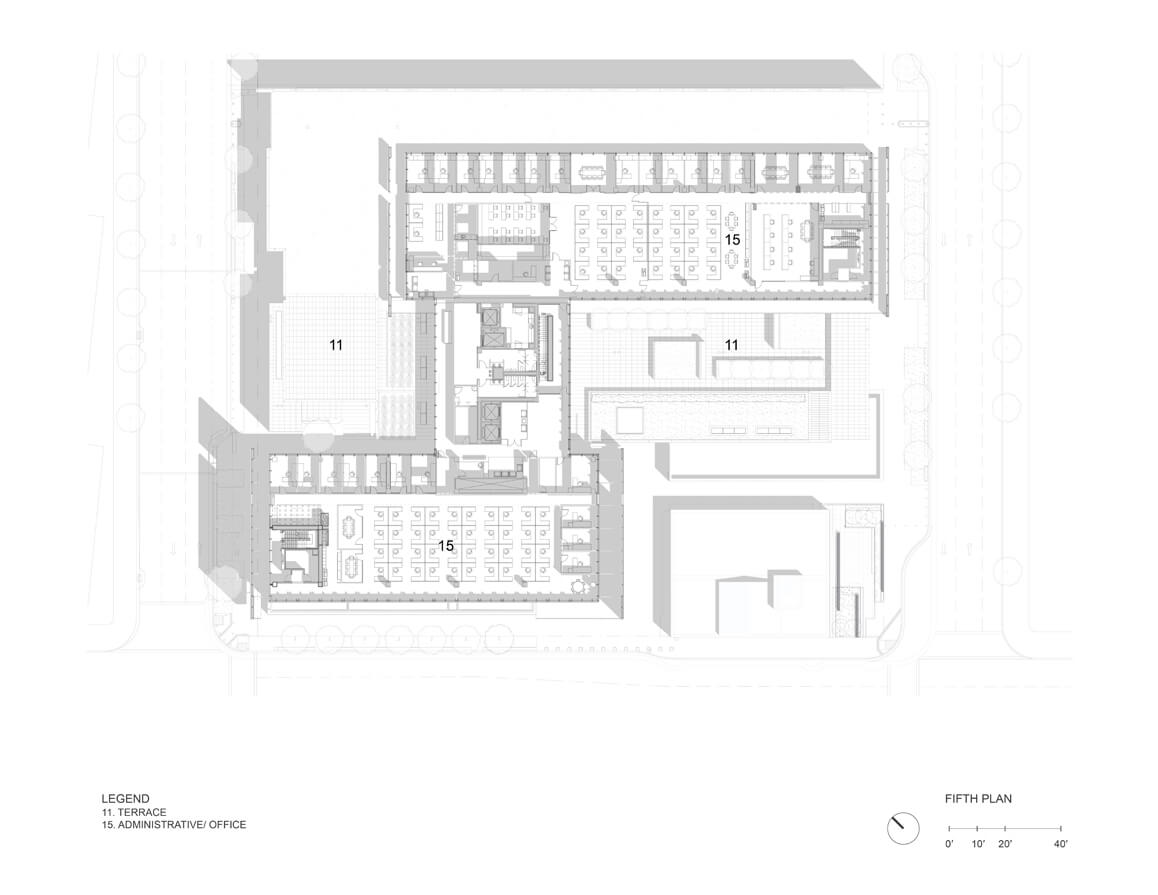 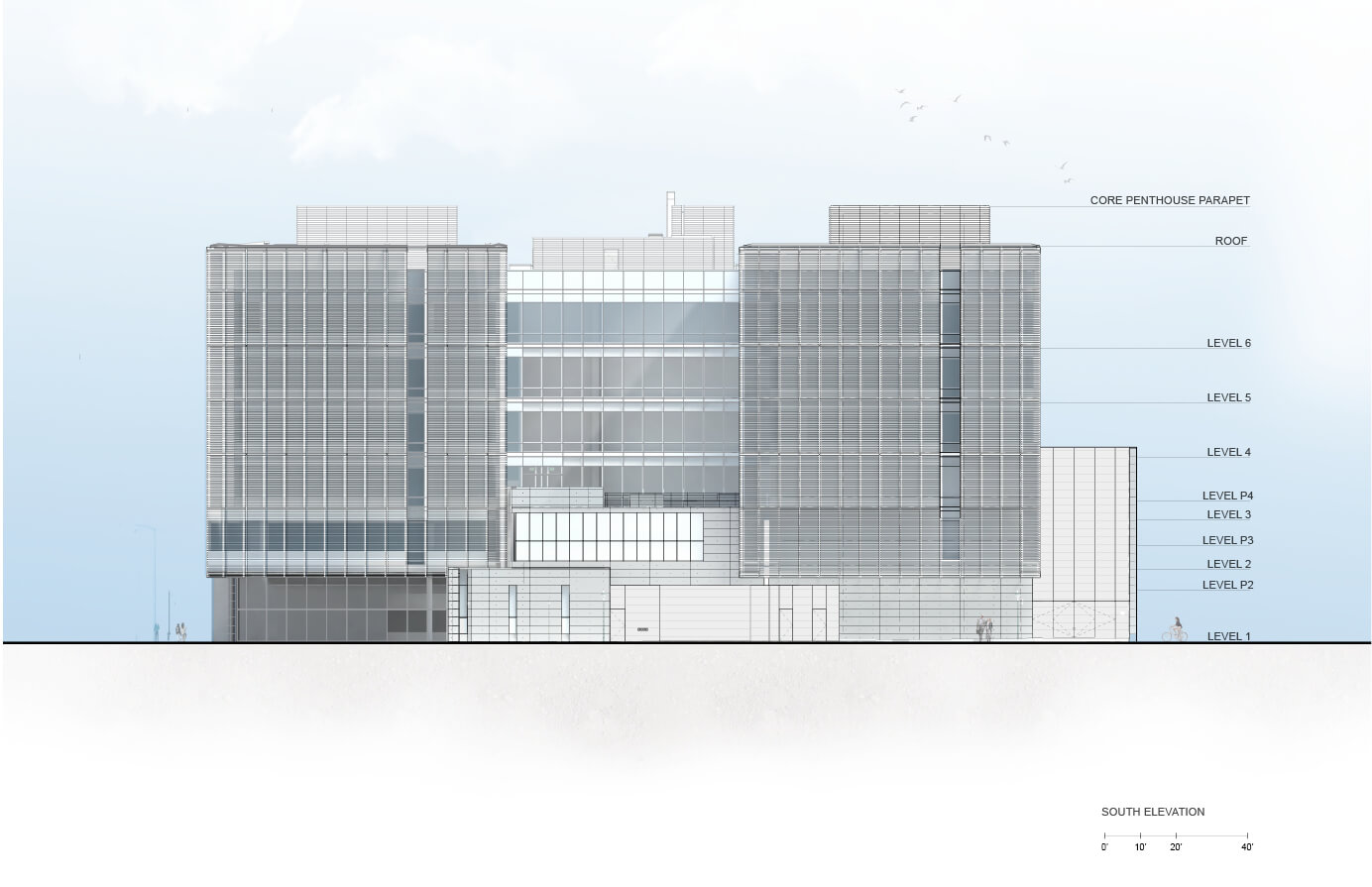 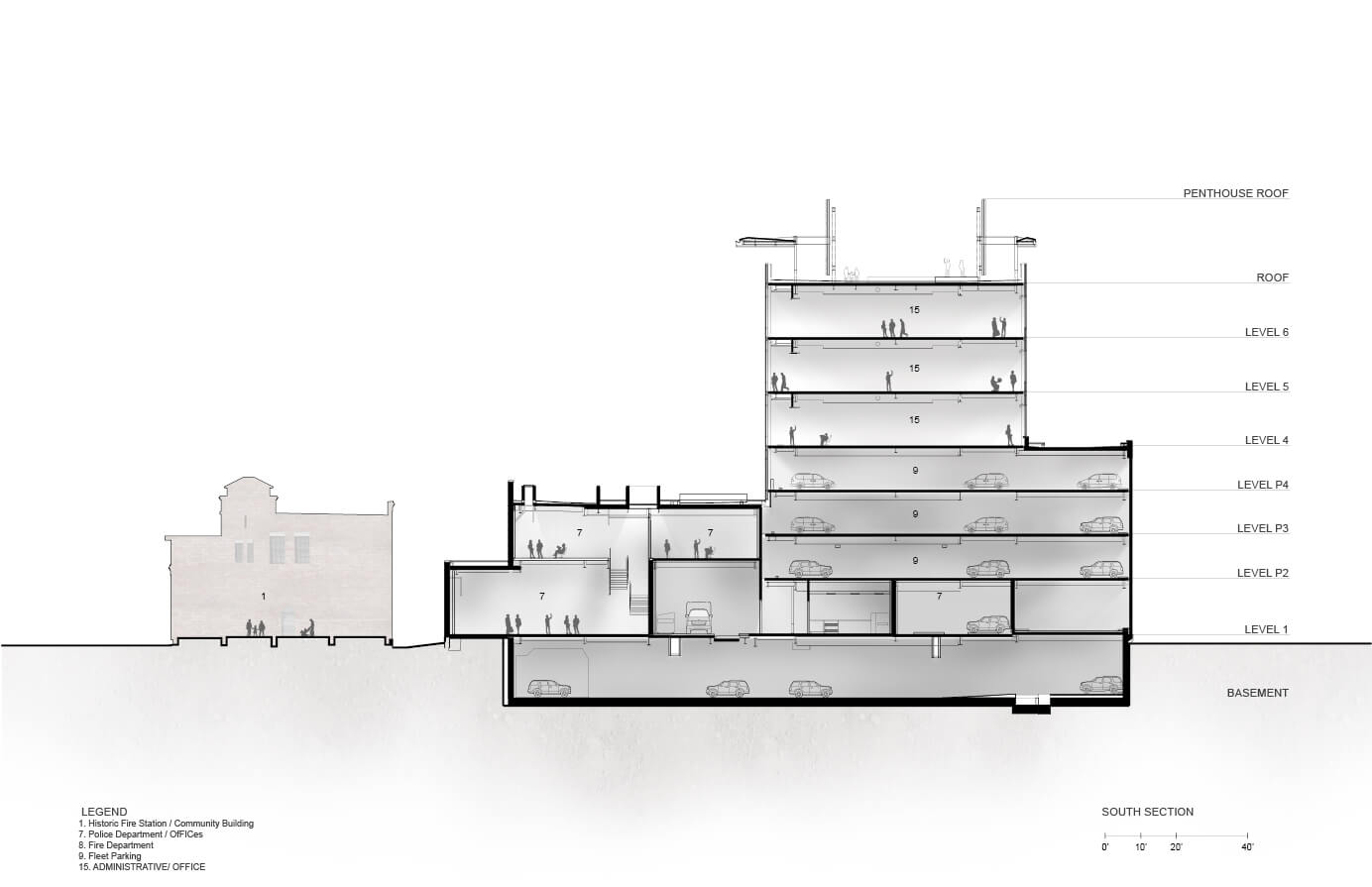 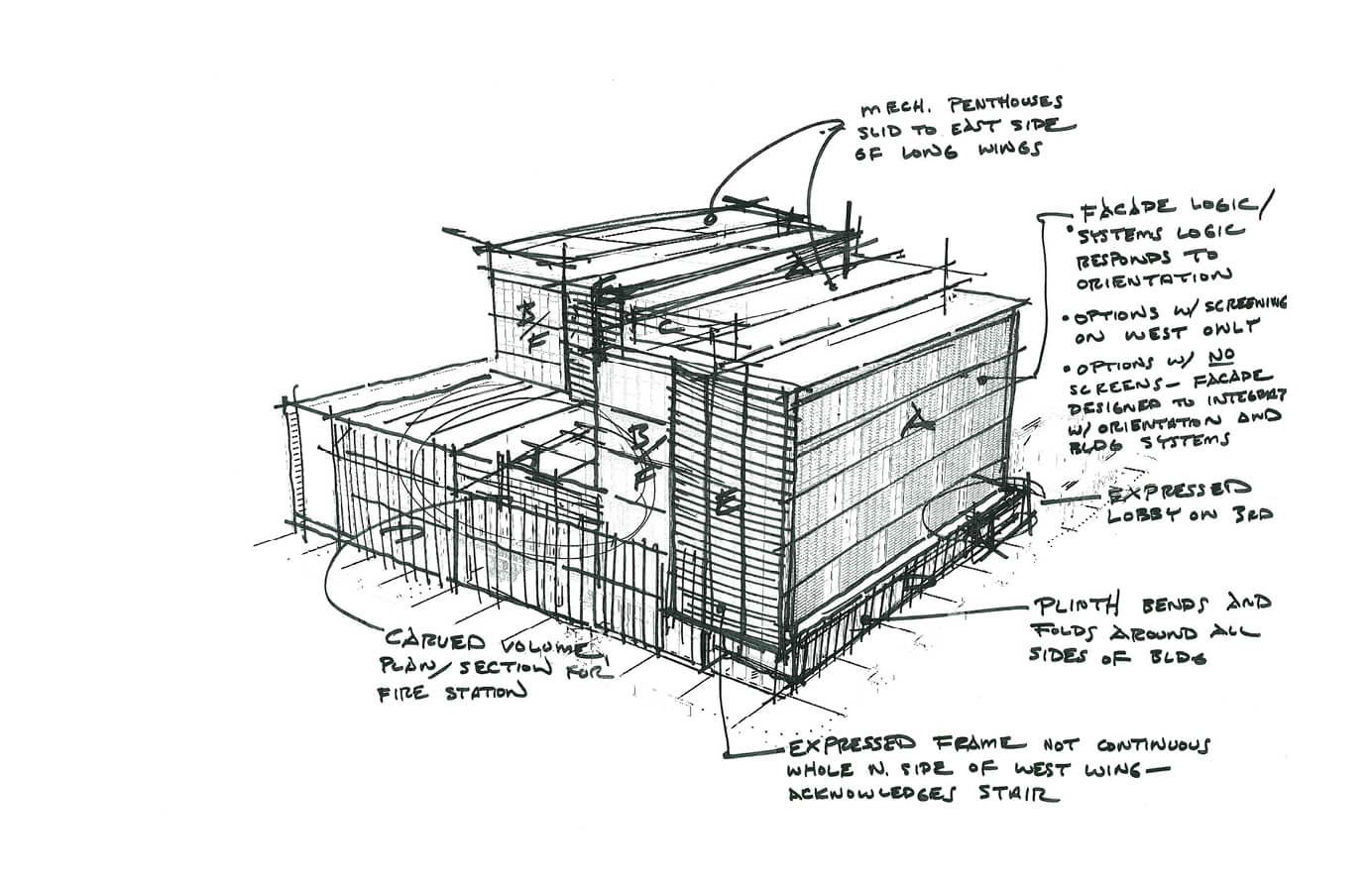 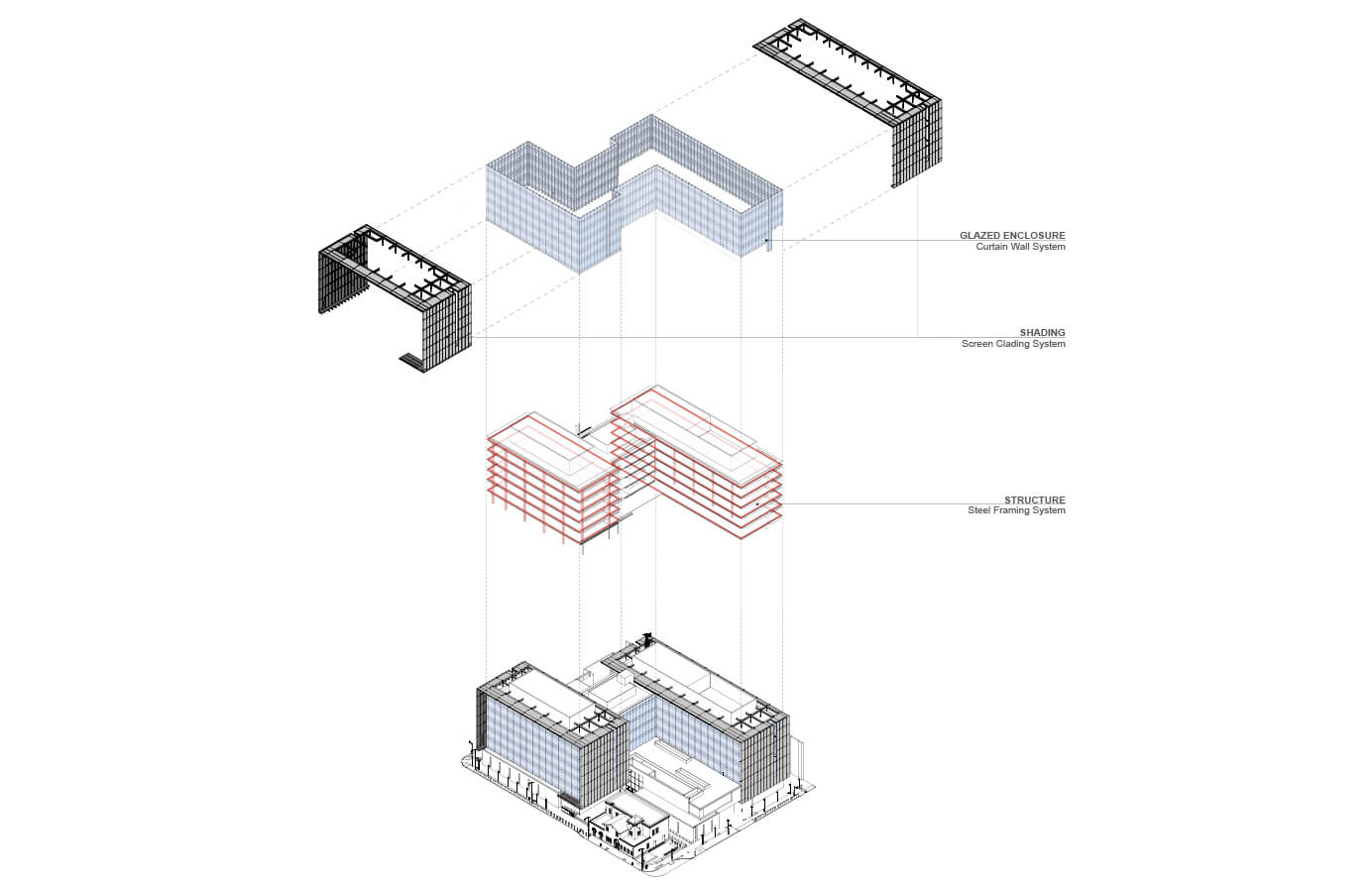 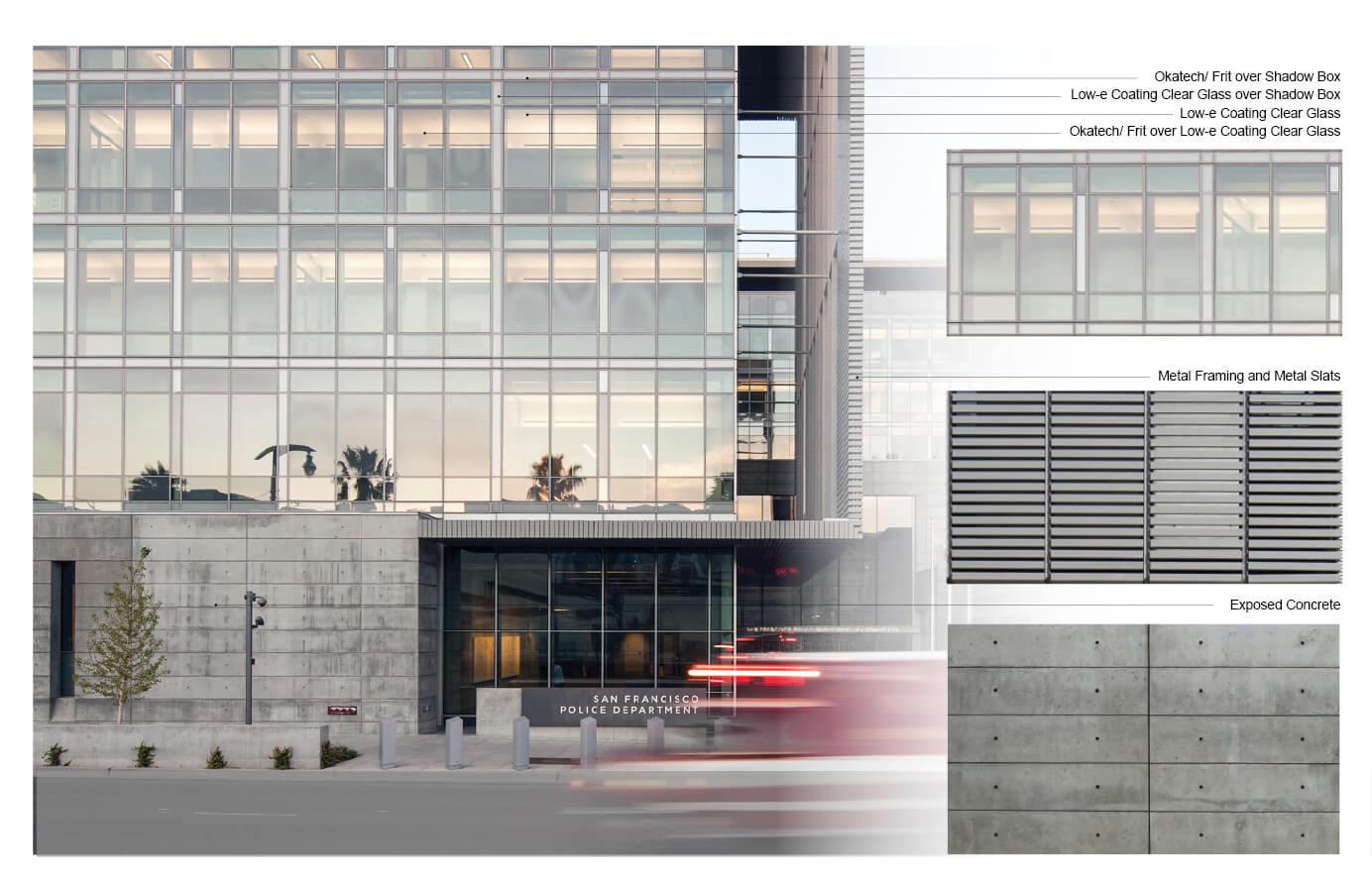 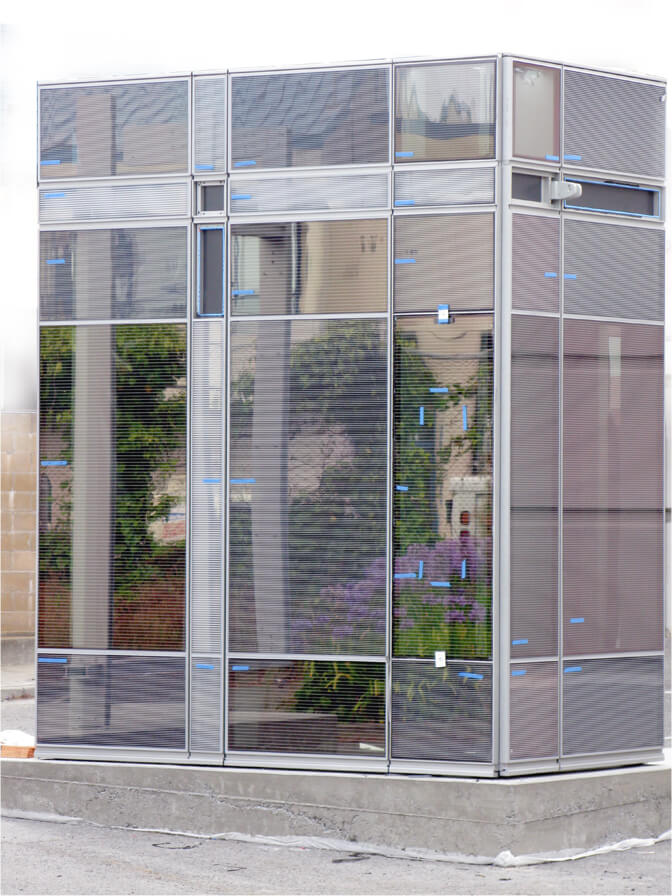 Located in San Francisco’s burgeoning Mission Bay neighborhood, the Public Safety Campus reaches out to its neighbors through its expansive geometry and its use of transparency at all levels. The building houses the new headquarters for the San Francisco Police Department, the relocated Southern District police station, and a new Mission Bay fire station. Its 300,000 square feet hug the now-decommissioned Fire Station No. 30. Built in 1928 and now used for fire-department-related services and community gatherings, the small brick building serves as a deep anchor from which the new building spreads onto its site.

Its surroundings are far from simple: the neighborhood is quickly growing, and the Third Street corridor between Mission Rock and China Basin Streets along which the building is located will only get busier, more developed, denser. The new building takes this into account, its scale echoing that of its current neighbors and of those to come, while still establishing a presence and architectural character all its own.

The building greets the street with a transparent lobby, a gesture of openness toward this busy neighborhood and those who inhabit it, as well as a clear visual connection from inside to outside. Between the lobby and the street, a courtyard and entry plaza unfold, easing the tension between building and street, making the transition smoother. From here, a two-story plinth settles into the site, holding the public facilities of the Police Headquarters, as well as the fire and police stations. Above, a four-story volume seems to float a delicate metal scrim, which comes together with an energy-efficient glass curtain wall to let the sun in, and to provide further views out onto the neighborhood.