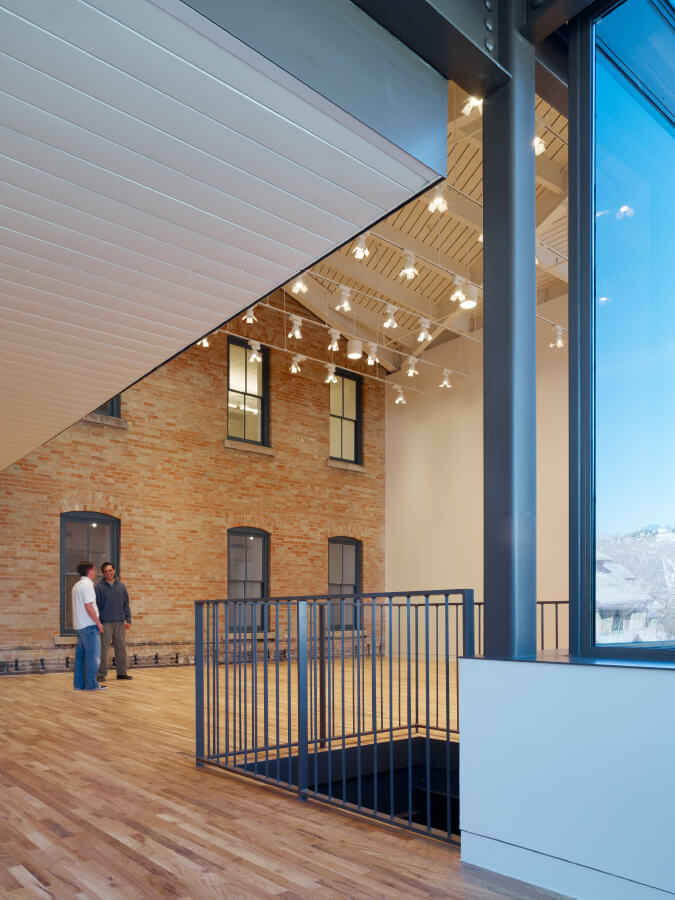 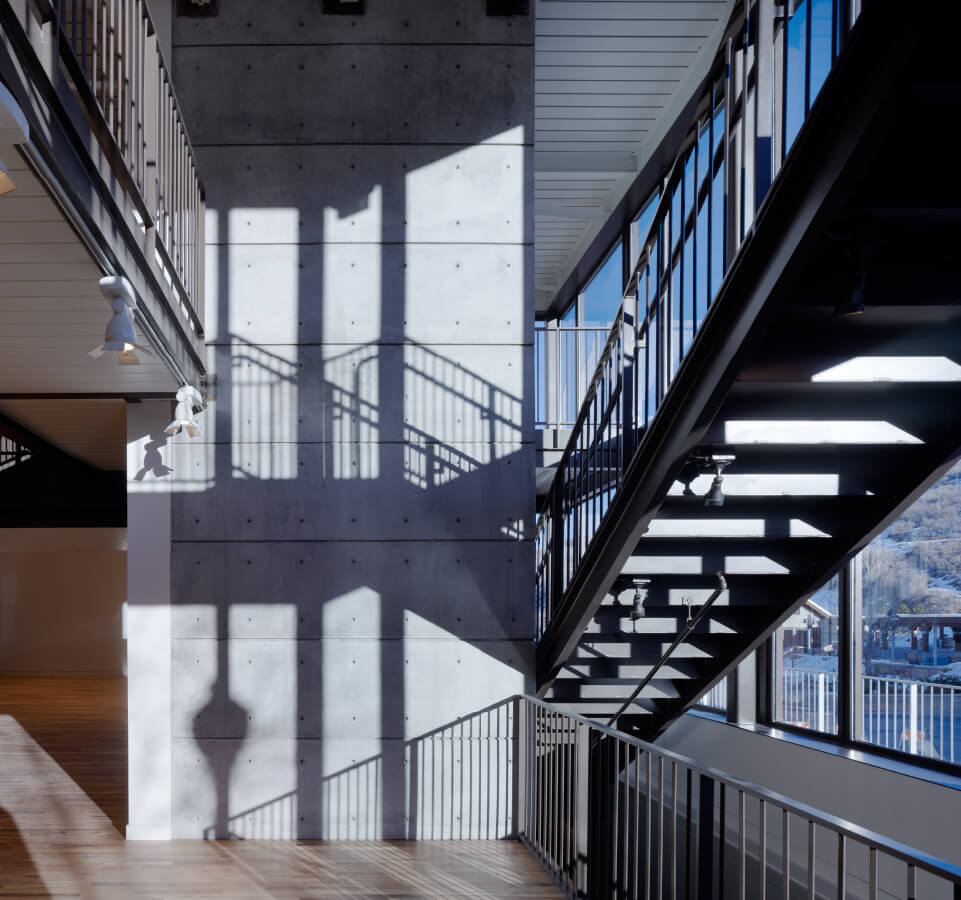 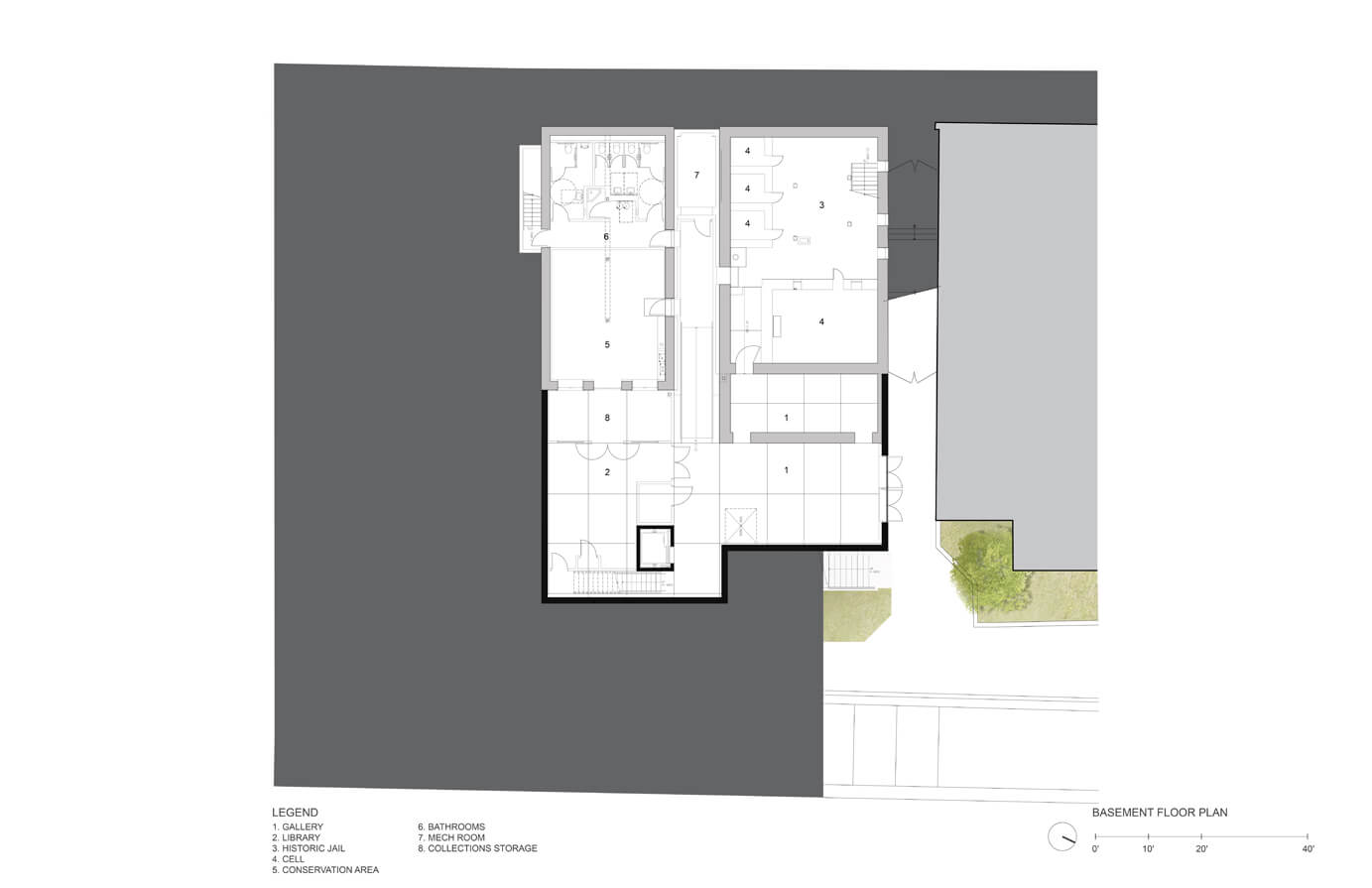 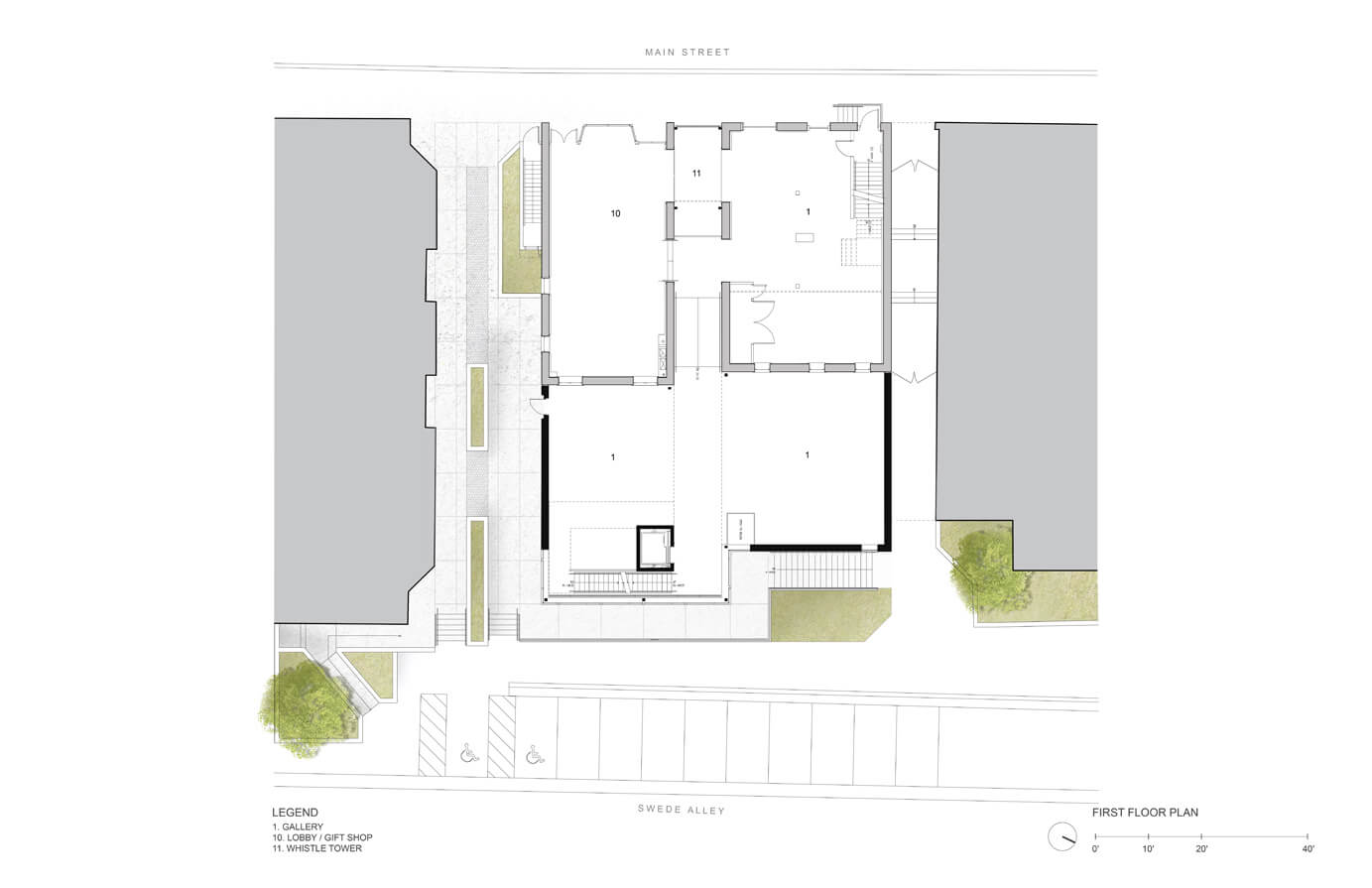 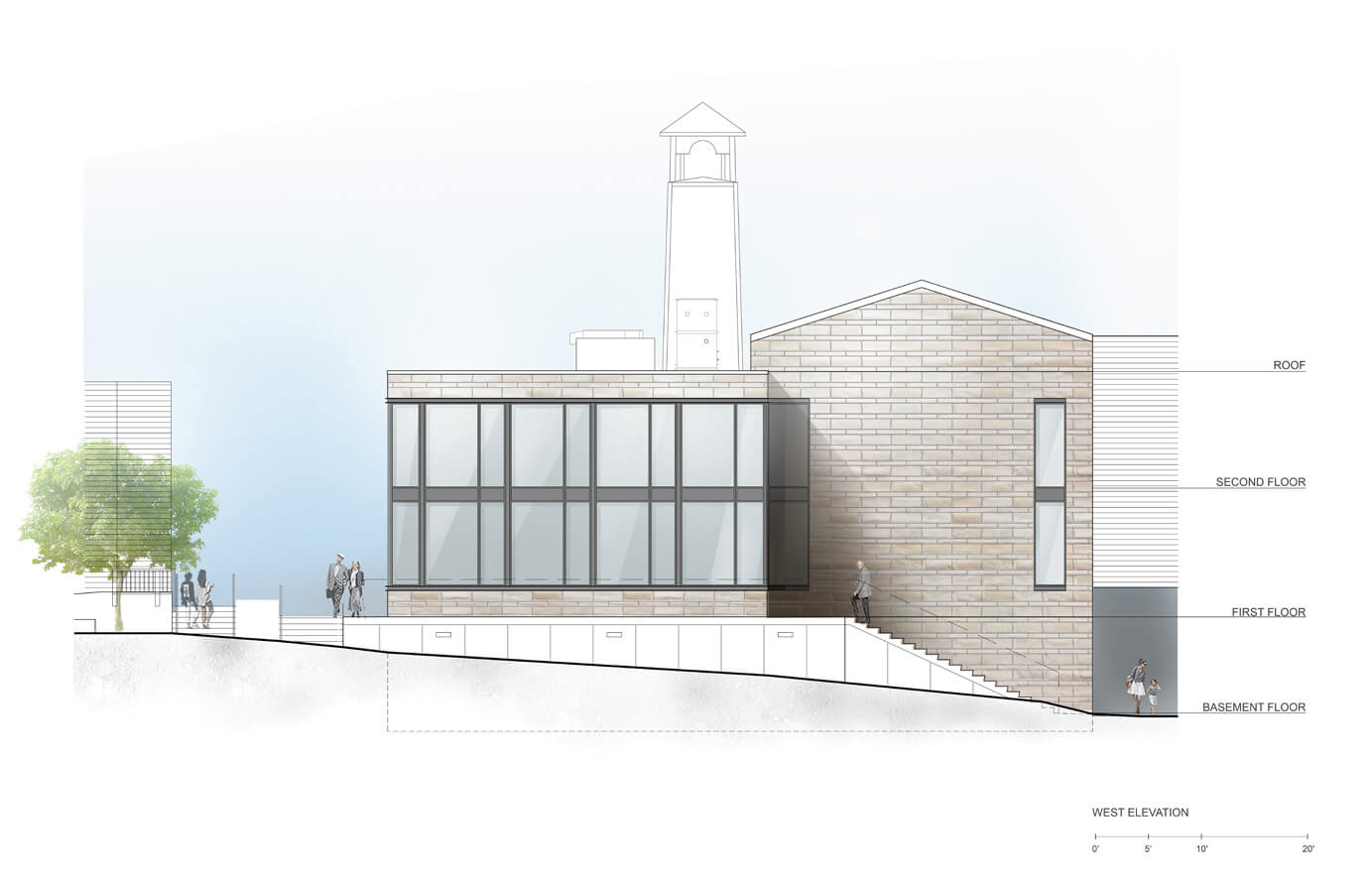 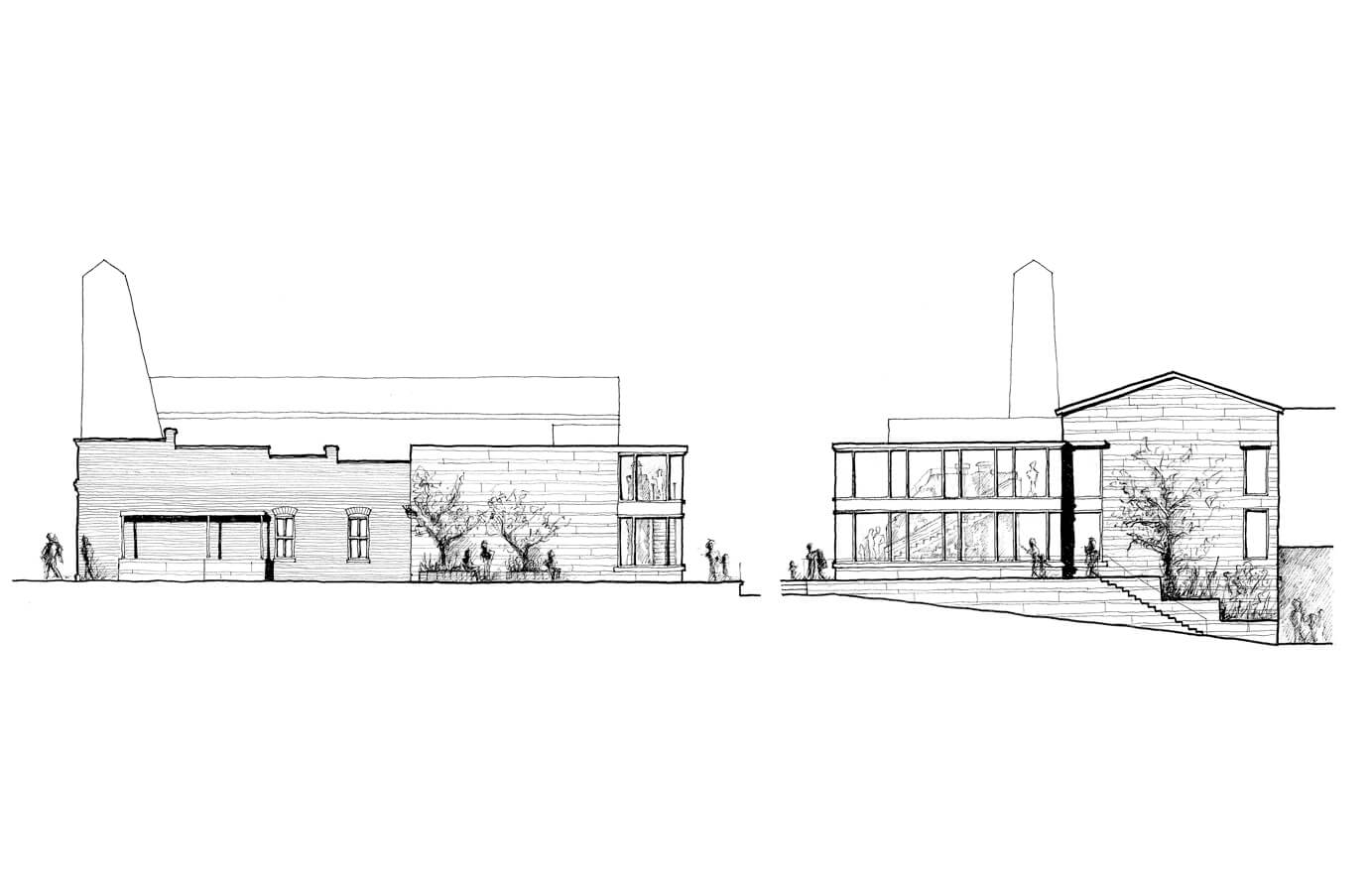 The museum and the City of Park City desired a museum with a strong public presence while preserving the historic character of the existing Main Street buildings.  While the museum is entered through the historic buildings along Main Street, the addition which fronts Swede Alley is where many patrons arrive via the City’s transit center and parking garage.  The formerly obscure public walkway along the side of the buildings is opened up and redesigned to provide both a pleasant outdoor space and better access from Swede Alley to Main Street and the museum.

Within the museum a central spine organizes the circulation and provides easy access to the new large open galleries allowing visitors to flow easily from gallery to gallery, in contrast to the dark confined and awkwardly connected spaces of the original museum.  A cat walk connects the various exhibition areas, providing yet another vantage point to marvel the larger relics of the town’s past.

The Territorial Jail in the basement of the Old City Hall is preserved and the formerly exterior massive stone-walled spaces are exposed and celebrated within the expanded lower level galleries, providing a striking setting for the museum’s mining exhibits.  An opening in the ground floor allows the museum to display for the first time its prized 17 foot tall historic double cage mine elevator which can be viewed from all levels of the museum.